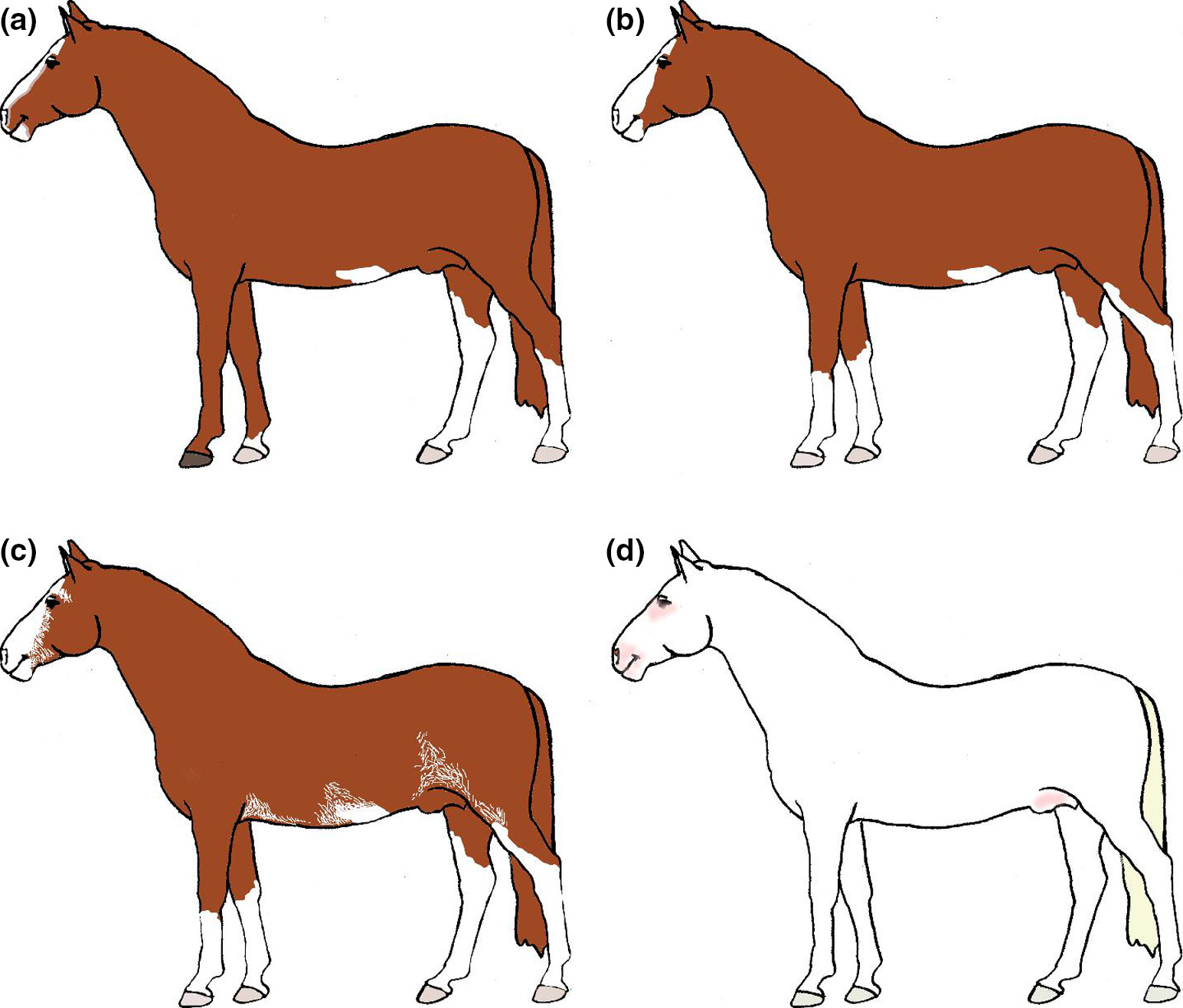 Within the framework of genome‐wide analyses using the novel Axiom® genotyping array, we investigated the distribution of two previously described coat color patterns, namely sabino1 (SBI), associated with the KIT gene (KI16+1037A), and splashed white, associated with the PAX3 gene (ECA6:g.11429753C>T; PAX3C70Y), including a total of 899 horses originating from eight different breeds (Achal Theke, Purebred Arabian, Partbred Arabian, Anglo‐Arabian, Shagya Arabian, Haflinger, Lipizzan and Noriker). Based on the data we collected we were able to demonstrate that, besides Quarter horses, the PAX3C70Y allele is also present in Noriker (seven out of 189) and Lipizzan (three out of 329) horses. The SB1 allele was present in three breeds (Haflinger, 14 out of 98; Noriker, four out of 189; Lipizzan one out of 329). Furthermore, we examined the phenotypes of SB1‐ and PAX3C70Y‐carrier horses for their characteristic white spotting patterns. None of the SB1/sb1‐carrier horses met the criteria defining the Sabino1 pattern according to current applied protocols. From 10 heterozygous PAX3C70Y‐carrier horses, two had nearly a splashed white phenotype. The results of this large‐scale experiment on the genetic association of white spotting patterns in horses underline the influence of gene interactions and population differences on complex traits such as Sabino1 and splashed white.